The ASM Student Judiciary oversees ASM elections and resolves disputes between the Associated Students of Madison and other parties. Seven student justices recommended by the Nominations Board and approved by Student Council comprise the Student Judiciary, serving four-year terms each.

The Student Election Commission (SEC) is a subcommittee of the Student Judiciary that plans and executes the election. It is comprised of a Chair and Vice-Chair and a number of hired commissioners who work on many different aspects of the election ranging from design and advertising to candidate outreach.

The Student Judiciary hears and decides cases regarding a variety of subjects:

Resources for Complaints and Appeals

Other Resources for Students

The Associated Students of Madison rejects the flawed search process and will not support Johnsen’s candidacy for President of the UW System. https://t.co/QRkl5wwFCz
View on Twitter 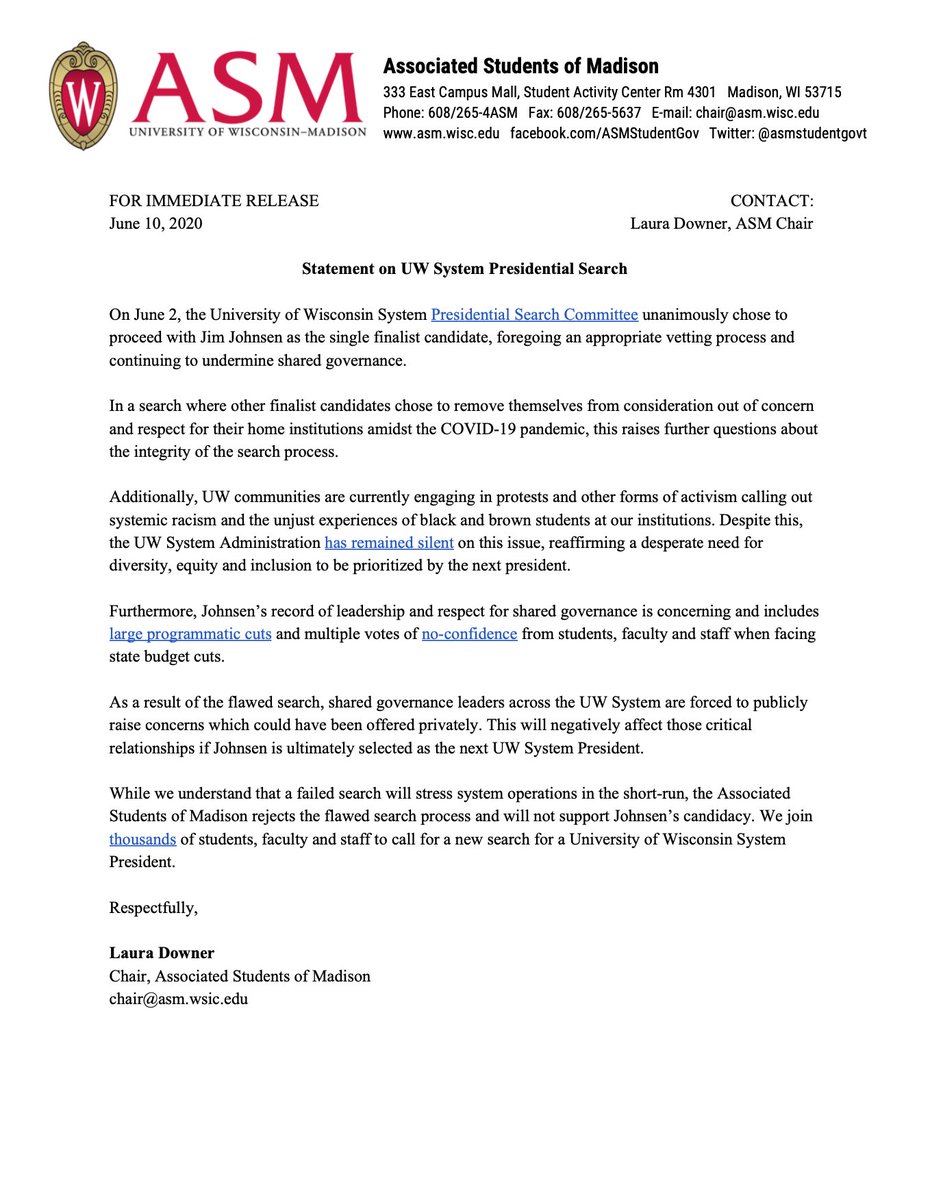 To our friends, neighbors, and peers - We see you. We hear you. We stand by you. 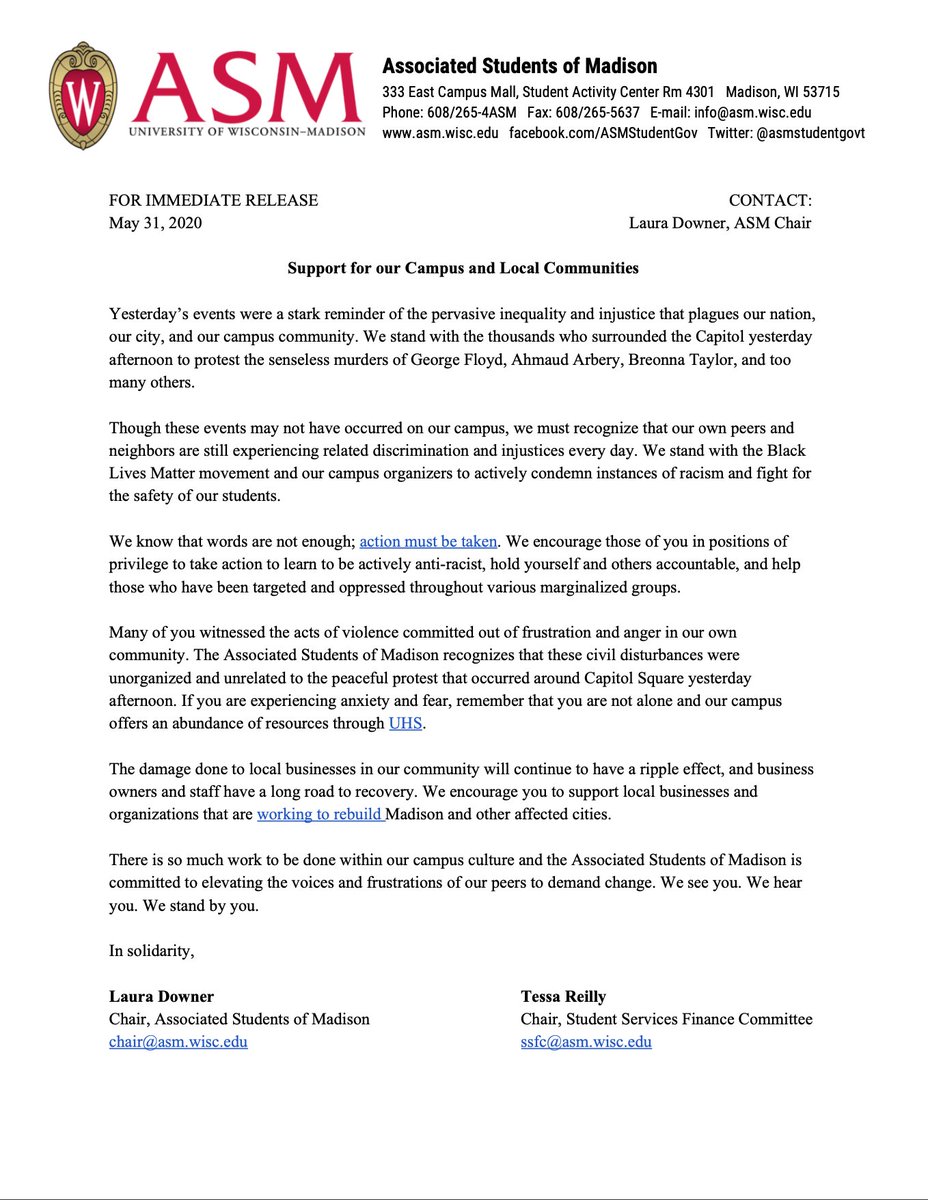 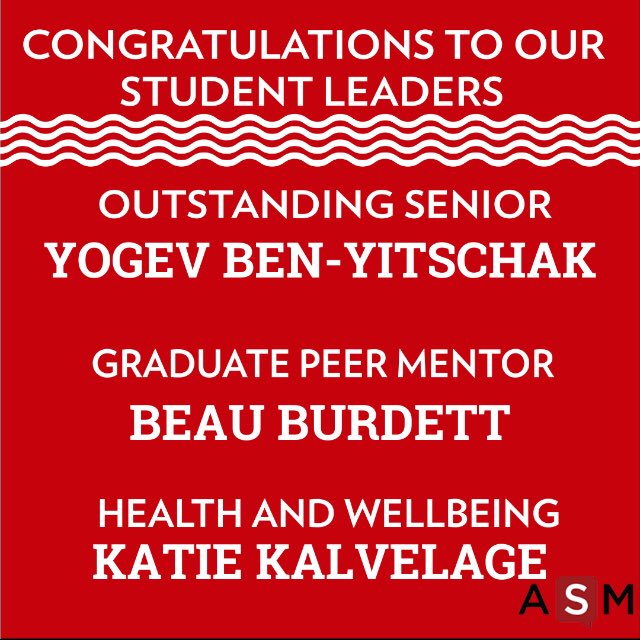 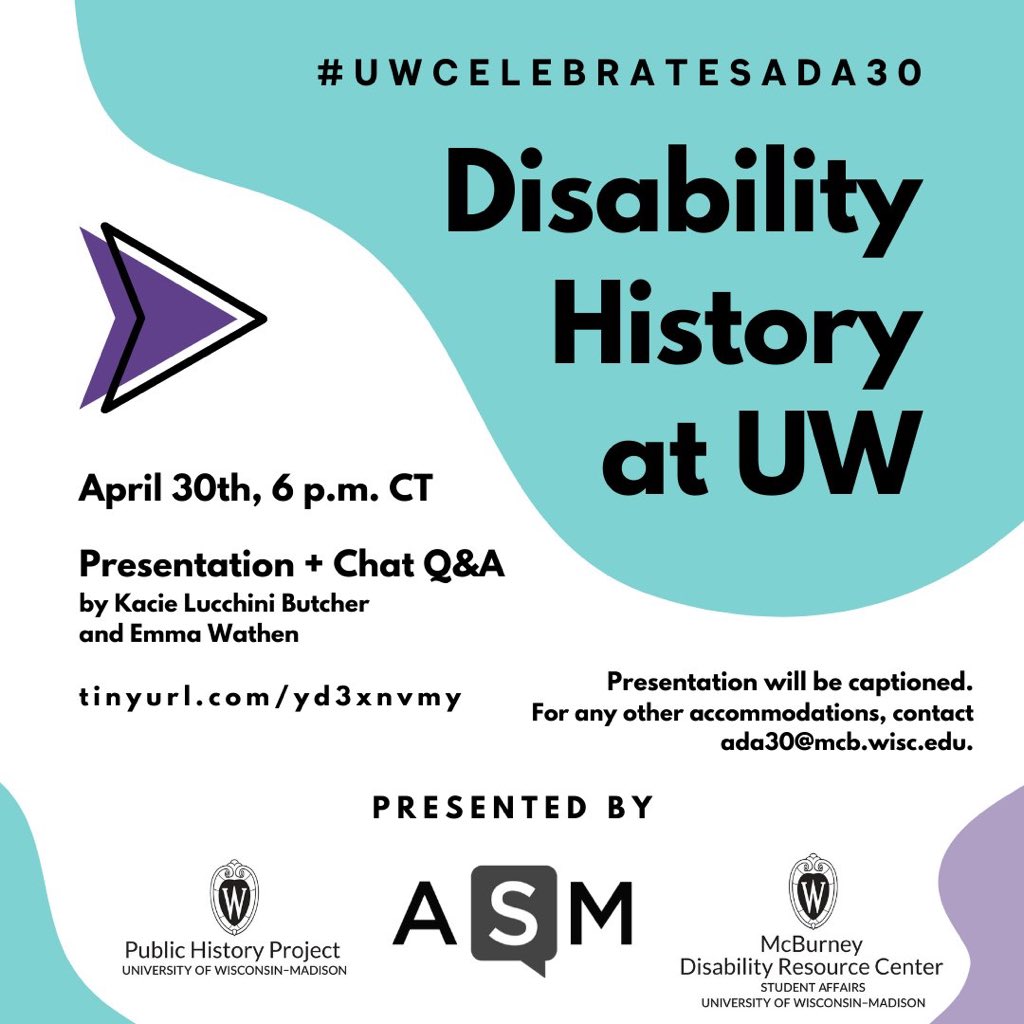 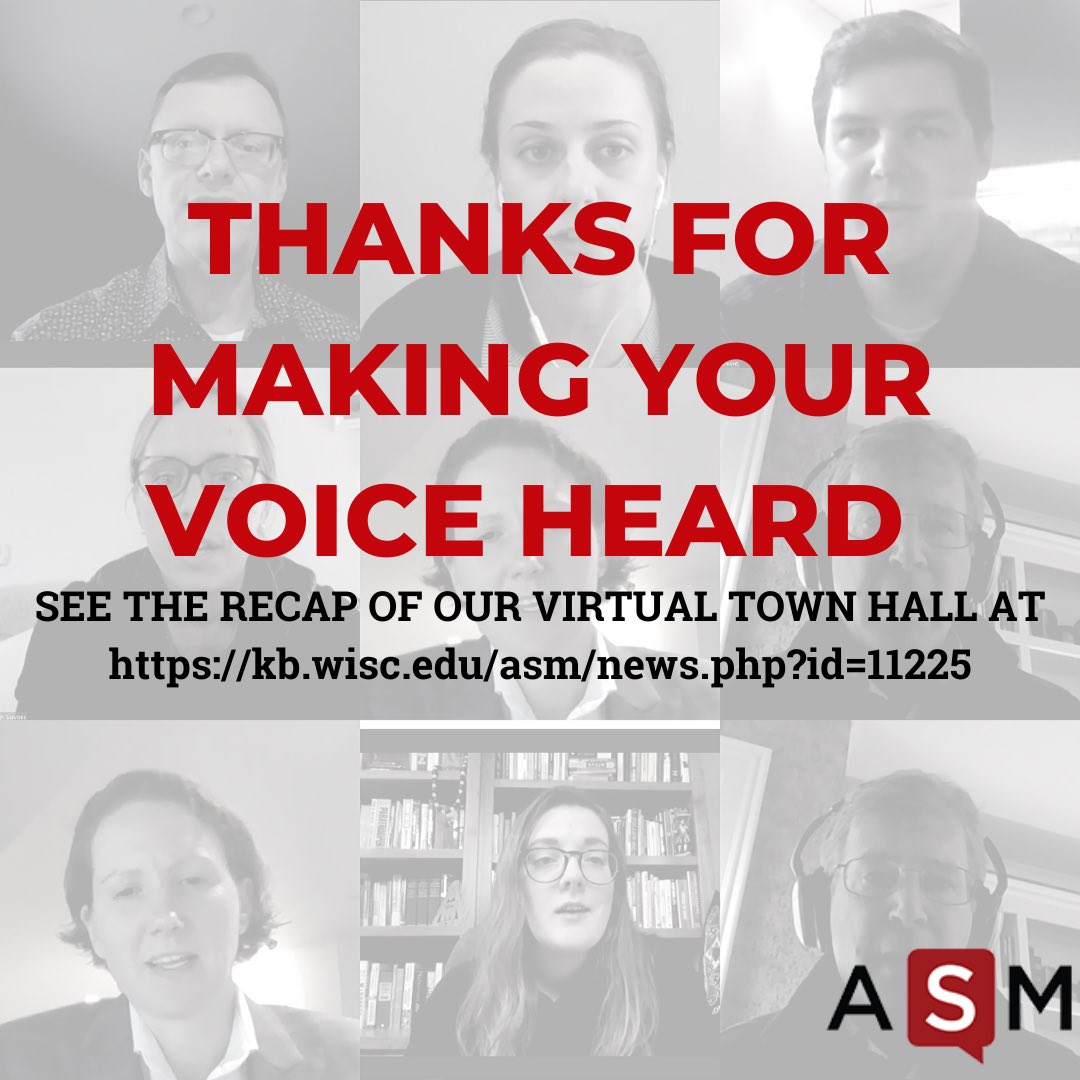 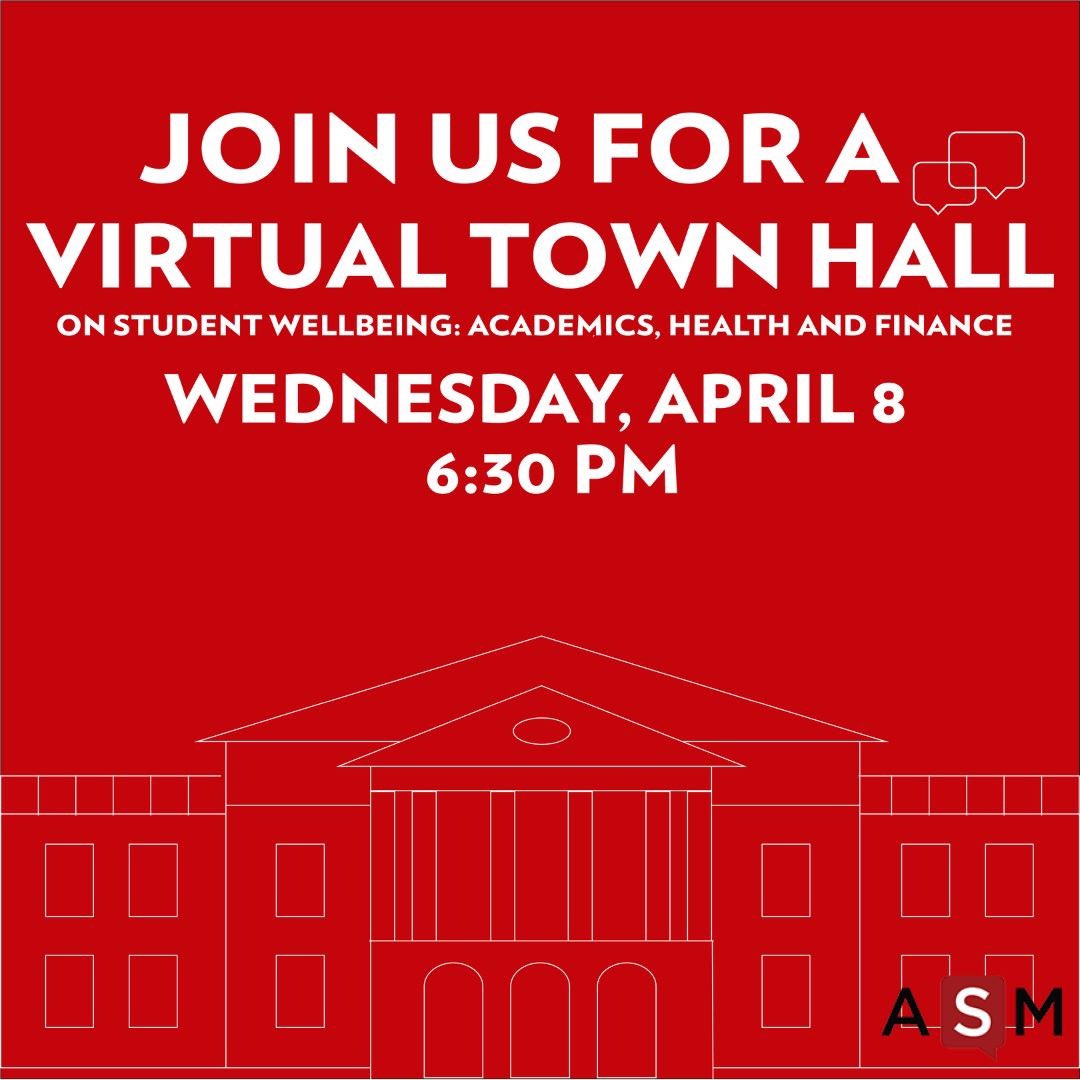